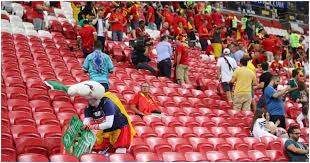 A group of Japanese fans have wowed spectators at the ongoing World Cup football Championship at Qatar. A content creator was suprised when he saw a number of janapnese fans spread across the seats at the stadium , gathering filt after the  match between Qatar and Ecuador had ended.

After inquiring from the a number of people involved in the act, they explained that it is in their culture to leave thier host’s abode clean at all times before departure.

Japanese never leaves rubbish behind. We respect the place.

The videographer probe whether it was just ploy for the camera, which they unanimously denied.

This act has garnered a lot of positive remarks and applaud from netizens, as many encouraged that all people should adopt this culture. 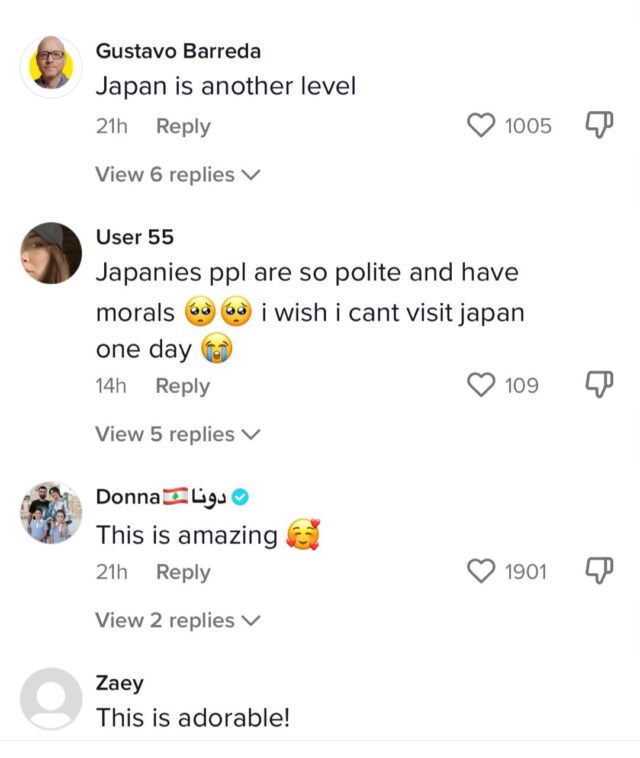 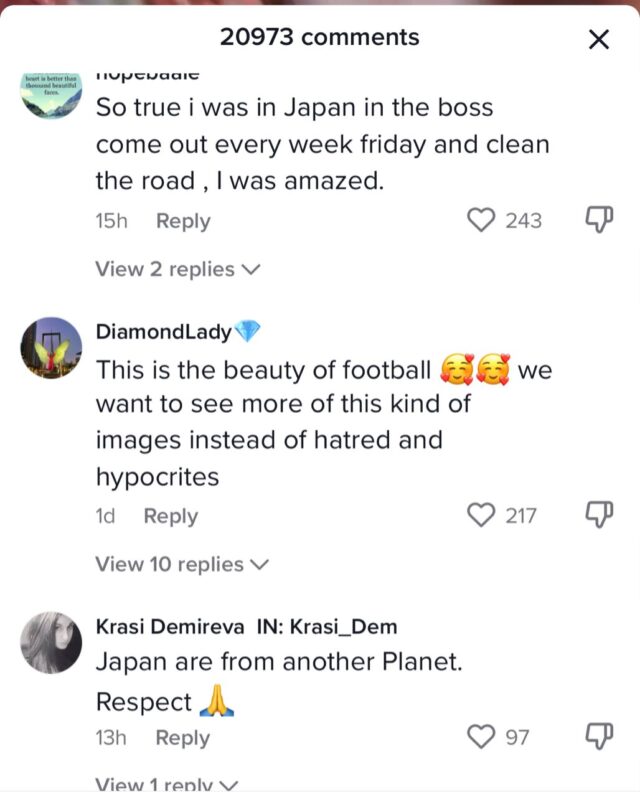