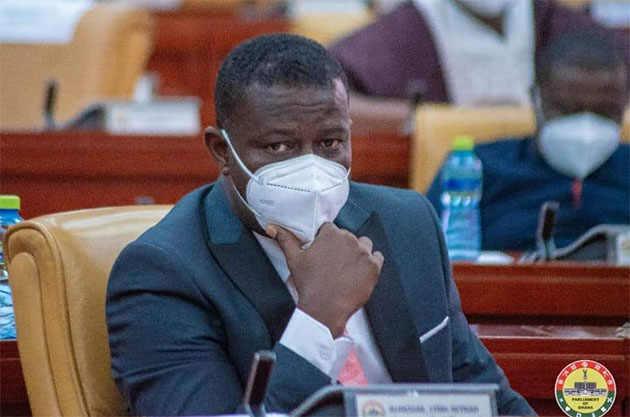 Member of Parliament for the Nsawam- Adoagyiri constituency and the Majority Chief Whip of the 8th Parliament, Hon. Frank Annor Dompreh took to his twitter to educate his followers on the history and rich traditions of the New Patriotic Party.

According to the Majority Chief Whip, the New Patriotic Party has a long history with an equally rich tradition from the formation of the UGCC, the role of JB Danquah towards independence, and the fight against dictatorship.

He states “A unique feature of the NPP’s tradition has been its inclusive nature, supported by the sacrifice and toil of Ghanaians no matter where they came from. In this regard, the northern caucus has been instrumental to our tradition’s development”. He goes on to give a history of when the United Party was formed from the amalgamation of existing political parties and despite the Northern People’s Party having a higher number of seats in parliament, Chief SD Dombo, Chief Bawumia, and others being magnanimous enough to allow Dr. K.A Busia emerge as leader of the party.

Hon. Annor Dompreh believes that throughout the history of the New Patriotic Party, the Northern caucus has consistently made sacrifices for the greater good and it will be dishonest to support the rhetoric of division that seeks to erase the contribution of the North to the party.