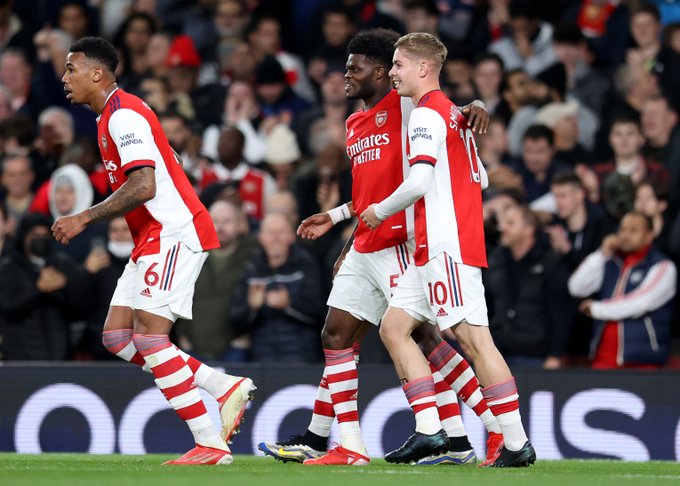 Ghana’s Thomas Partey has scored his first Arsenal goal to put the Gunners 1-0 up against Aston Villa at the Emirates Stadium on Friday night.

The midfielder found the back of the net from Smith Rowe’s corner, putting the ball beyond the reach of Villa keeper Emiliano Martinez.

Thomas Partey is in red-hot form, scoring 3 goals in 4 games for both club and country in the month of October.

The goal is his first in 30 games for Arsenal since signing for the club in 2020 from Atletico Madrid.

The Gunners have had a shaky start to the 2021-2022 season and with this goal, the Gunners gain the advantage to edge past Dean Smith’s Aston Villa.