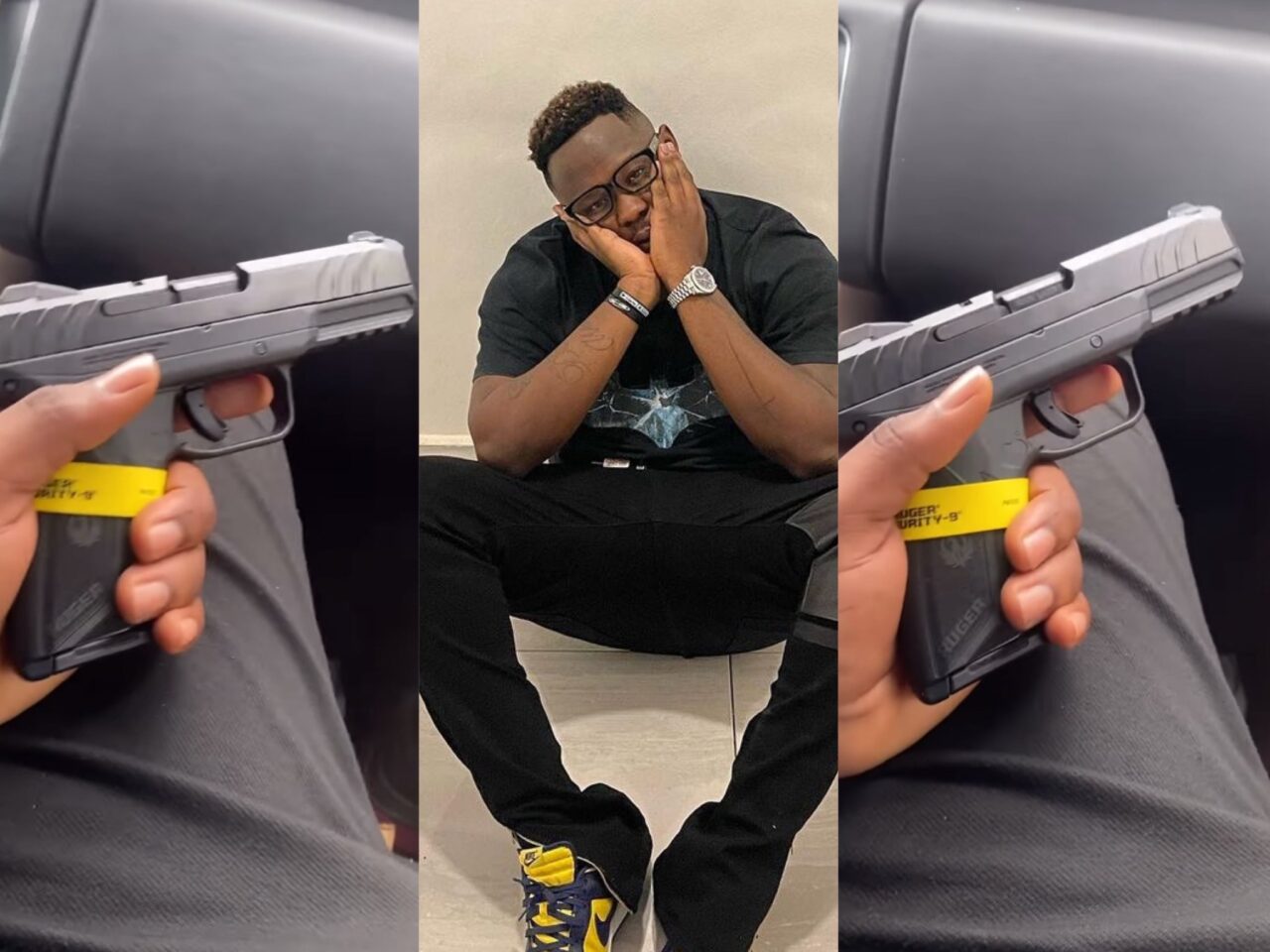 Ghanaian rapper, Samuel Adu Frimpong, aka Medikal, has been arrested for brandishing a gun in a video on social media.

Medikal was with his wife, Fella Makafui, at the Accra Regional Police Command charge office.

He was brought to the station by police and is currently in police custody.

One of the lawyers who represented Shatta Wale, Jerry Avenogbor, was sighted at the police command but it remains unclear if he is going to represent Medikal in this case.

This comes a few hours after dancehall artiste, Shatta Wale, and four other people were remanded into police custody following an alleged gun attack that turned out to be a hoax.

They were remanded by an Accra Circuit Court on Thursday, October 21, 2021, during their first appearance in court.

Medikal was at the court premises to offer support to Shatta Wale.

Shatta Wale was picked up by the police for spreading false news about an assassination attempt at his residence in Accra on October 19, 2021.

previous[WATCH] The pass from Bruno Fernandes to Rashford for his goal against Atalanta is the best assist you'll ever see.