Soldier man orders two guys to slap each other 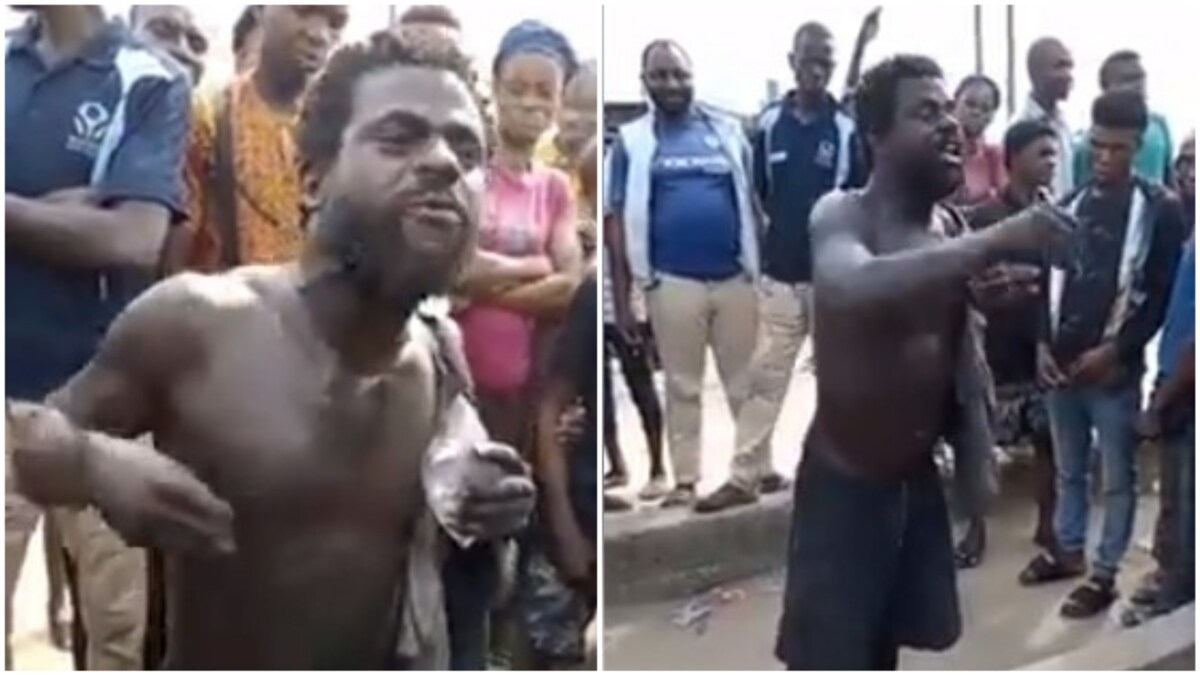 A Nigerian mad man is seen in a viral video preaching the word of God to a crowd of surprised people in town.

He is heard in the video saying that “when you die, you’ll face 2 Judges” before explaining it further to the crowd members who asked him questions intermittently and some giving him money because they were touched by the gospel.

Some have even raised doubts bout the mental state of this man seen to be mad after he preached the gospel in a way that sounded too brilliant and more unless like a clergyman preaching in front of his congregation.

The alleged mentally mad man cautioned his ‘temporal congregation’ that there are some pastors whose job is to win souls for the devil, so nobody can save them unless they can discern between the genuine and fake pastors.

His preaching sounded so spot-on to many viewers of the video that some of them claimed that he might not necessarily be mad, but might have just adopted that particular appearance as a strategy to get attention.

nextHomosexuality is not a right, it's a mental disorder - Sam George