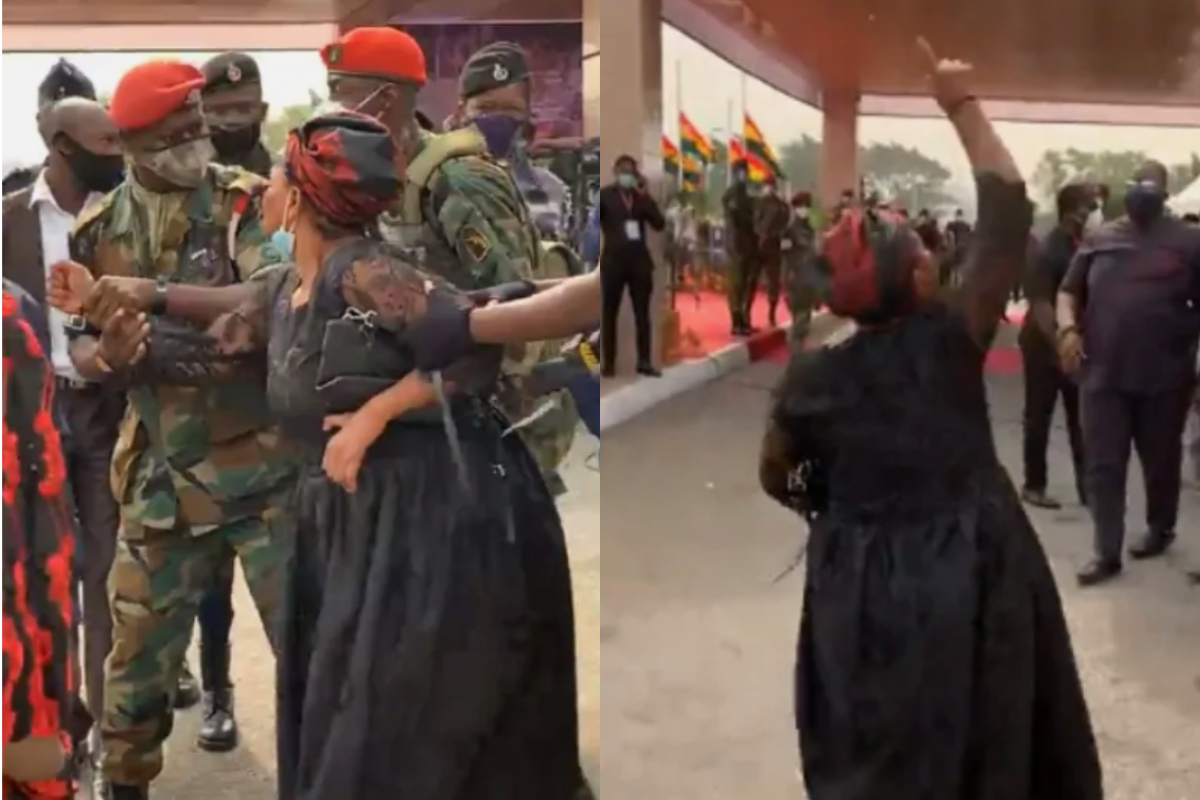 52-year-old Abigail Rawlings, who claims to be the first daughter of the Late Jerry John Rawlings has been prevented from paying her last respect to her ‘father’.

Moments ago a video of police and military officers preventing agitated Madam Abigails from entering the foyer to where the Former President has been laid in state.

The lady who granted an interview to SVTV and was posted on YouTube claimed to have been ‘hidden’ from the general public for a number of reasons.

next10 Astonishing healthy facts you didn't know about the Graviola fruit, Aluguitungui